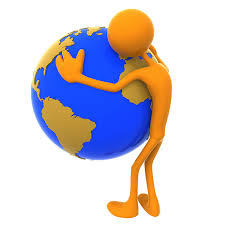 Like the last quiz, this one was based on the BBC global news podcasts for the period from Jan 30 to Feb 4.  And in that period, there was one dominating news story –Egypt– which made things remarkably easy for my students.

You know the drill.  If you’d like to participate, try to be honourable about it.  Take the multiple choice test below.  The answer key is at the bottom of this post.  Then, share your results with the rest of the world by clicking on the following Doodle.com link:

Keep in mind that the answers are relevant to the date of the quiz (Feb 7, 2011), and are according to the facts as presented by the BBC.

As always, remember: this is not a contest.  And feel free to share the quiz widely.

1. The largest political opposition force in Egypt is:

B)    The Muslim Brotherhood

2. Protesters in Cairo have been assembling in which public area?

3. The Director of a hospital was sentenced to 15 years in prison for negligence after 26 mentally ill patients died during unprecedented low temperatures.  In what country did this occur?

5. A photograph was released of one of the world’s last un-contacted indigenous communities.  Where was the photo taken?

A)    Border between Brazil and Peru

C)    Highlands between China and India

6. This past week, flooding in Australia’s state of Queensland resulted in widespread homelessness  and property damage.  The floods were caused by:

B)    The melting of a nearby Antarctica iceberg

7. Who is Hosni Mubarak?

A)    The Prime Minister of Egypt

B)    The leader of the political opposition in Egypt

C)    The President of Egypt

D)    The unelected dictator of Egypt (no official title with government)

8. Demonstrations calling for the resignation of President Ali Abdullah Saleh also happened this past week in the city of Sana’a.  What country was this in?

9. Due to the recent events in Egypt and some of its neighbours, another North African country is considering repealing its “state of emergency”, which has been effect since 1992, for fear of public uprising.  That nation is:

10. China’s crisis of aging population is due in large part to:

B)    The war with India, which killed off many of its youth